Warren is passionate about helping people simplify their financial lives so they can focus on enjoying what truly matters to them. He provides clients with sensible guidance and direction through investment management and consulting on the diverse needs of their financial lives.

Warren started his career on the equity options desk at EF Hutton in 1986. He transitioned to a financial advisor at Smith Barney and then joined Bear Stearns Private Client Group as an associate director. Until 2012, Warren was a portfolio manager and financial advisor at JP Morgan Securities, where he customized investment strategies for individuals, families, and small businesses.

Warren and his wife, Barbara, live on the Upper West Side and in Dutchess County, New York. A graduate of the University of Michigan, Warren is a zealous Wolverine fan who cannot be pulled away from the television on Saturday afternoons during the fall. The Cohens have three children.

Prior to his career in financial services, Warren started a mail-order wine-of-the-month club that was sold to a larger specialty food and wine store chain in Detroit. He is still called upon for last-minute wine recommendations from frantic friends in need.

After riding the Pan-Mass Challenge by himself in memory of a friend who lost his battle with cancer, Warren has fielded a team for the past 10 years for the country’s largest cycling fund-raising event. His team, Team Big Jon, has raised nearly $1.25 million for the Dana-Farber Cancer Institute in Boston.

Warren Cohen is proud to have been recognized as a Business Experience advisor for 2018—a distinction based on annual production that places him among the top 47 percent of advisors affiliated with Commonwealth Financial Network.

Each year, Commonwealth, the Registered Investment Adviser–broker/dealer that helps us process investment transactions on your behalf, recognizes Business Experience advisors by inviting them to an exclusive gathering of their peers, leading industry experts, and Commonwealth home office staff. Business Experience advisors benefit from an intensive learning and networking experience designed to help them hone their expertise, share best practices, and provide ever-higher levels of service, education, and leadership to their clients. 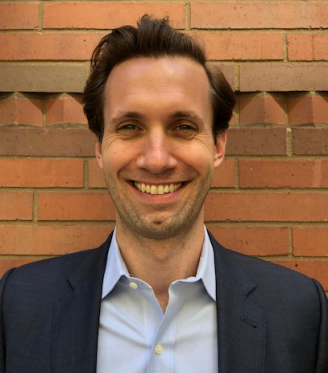 Zach works primarily with families, particularly those with young children, to make sure they are on sound financial footing. Taking care of their loved ones, trying to maintain strong relationships, and being at the office takes up nearly all of his clients’ time. The last thing they want at the end of a long day is to have to worry about whether or not they are being responsible with their money. As a father of a very active three-year-old, Zach knows first-hand how challenging it can be to juggle work, friends, and family effectively.

When not working, Zach can be found chasing after his son, Noah, or ushering him to Hippo playground in Riverside Park. The time he cherishes most, however, is when he and Noah sing along to Bob Seger’s greatest hits every morning. Zach’s goal as a Financial Advisor is to help his clients carve out more time during the day for their own special moments with their children or spouse. Alleviating money stress so that his clients can lead a rich life is what he strives to do every day.

Zach also enjoys reading in his spare time, with George Saunders, Michel Houellebecq, Gary Shteyngart, and Sam Lipsyte among his favorite authors. Hark is his best read of late, and he is eagerly awaiting Serotonin to be translated into English. He credits his wife, Abby, for making him an avid reader of fiction.

He graduated from Indiana University with a BA in history and Spanish. After playing a small – but nevertheless important – role while helping his high school basketball team capture a state championship, he has remained an avid Indiana basketball fan. He desperately wants his beloved Hoosiers to field a competitive men’s basketball team at some point in the near future.

He also attended Georgetown University, receiving an MA from its School of Foreign Service. He is conversant in Spanish and Romanian (“E adevărat, vorbesc româneşte!”) and holds FINRA Series 7 and 66 securities registrations through Commonwealth Financial Network®.